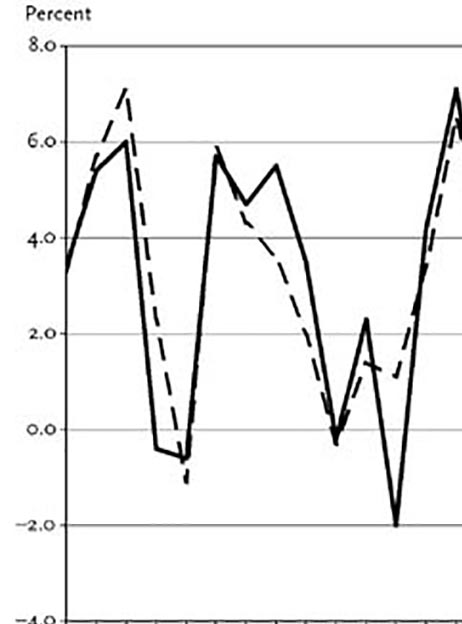 A key research programme of the Institute is the Macroeconomic Forecast Modeling Initiative. The Initiative is designed to design and operationalise macroeconomic forecast model for Nigeria. This research task is being done under the Macroeconomic Analysis, Modeling and Forecasting (MAMF) Thematic Working Group of the Institute.
The modeling project that combines ‘appropriate’ frameworks for modeling that involves critical thinking on the model structure with an outreach programme that elicits and incorporates regular inputs from diverse end-user institutions and agencies. The approach is to adopt rigorous theoretical processes that incorporate recent developments in the model-building literature with current developments in the economy and use these to analyze their present as well as make projections about their future trends and impacts. Secondly, using simulations, the model will make alternative assumptions about shocks and relate their implications for the evolution of selected macroeconomic indices in the economy in a way that informs the policymaker on available options to ensure minimal negative impact of such shocks on the economy. More importantly, the current model is designed to exist as a “going concern” to meet up with the challenges of policy shifts rather than be associated with a particular regime. In this regard the current work shall be regularly updated. A major value added is that the current model is self regulatory since the output from the forecasts will be disseminated and communicated to the end users on a regular basis.

Objectives
The objectives of the modeling initiative are to:
Track trends major macroeconomic indices including gross output, inflation rate, money supply, interest rate, aggregate and sectoral credit supplies, savings rate, domestic investment, balance of payments indicators (trade balance, portfolio flows, foreign direct investment, etc) and reserves (the last only under assumption of market forces);
Evaluate impact of alternative government fiscal and monetary policy programmes on the above variables and interpreting their implications for the broad macroeconomic indices, with particular reference to growth;
Evaluate impact of various modes of shocks (particularly external) on the above variables and interpret their implications for broad macroeconomic indices;
make projections on the future values of the above variables under alternative assumptions of the behaviour of agents and use such to gauge and project direction of economic welfare;
Provide a tool for the private sector to feed macro trends into their micro decisions and have better grasp and assessment of the implications of broader economic numbers on firm level performance;
Improve networking among institutions that work on modeling to better coordinate ideas and strengthen the input of evidence into policy as well as application of evidence-based policymaking;
Positively influence government fiscal and monetary actions through providing proactive dissemination of implications of alternative action plans on growth and welfare;
Improve interaction between the academia and policy makers and thereby increase the breadth of intellectual input into policymaking; and
Improve overall appreciation and understanding of methodologies and challenges in modeling African economies among academics, organized private sector and policymakers. 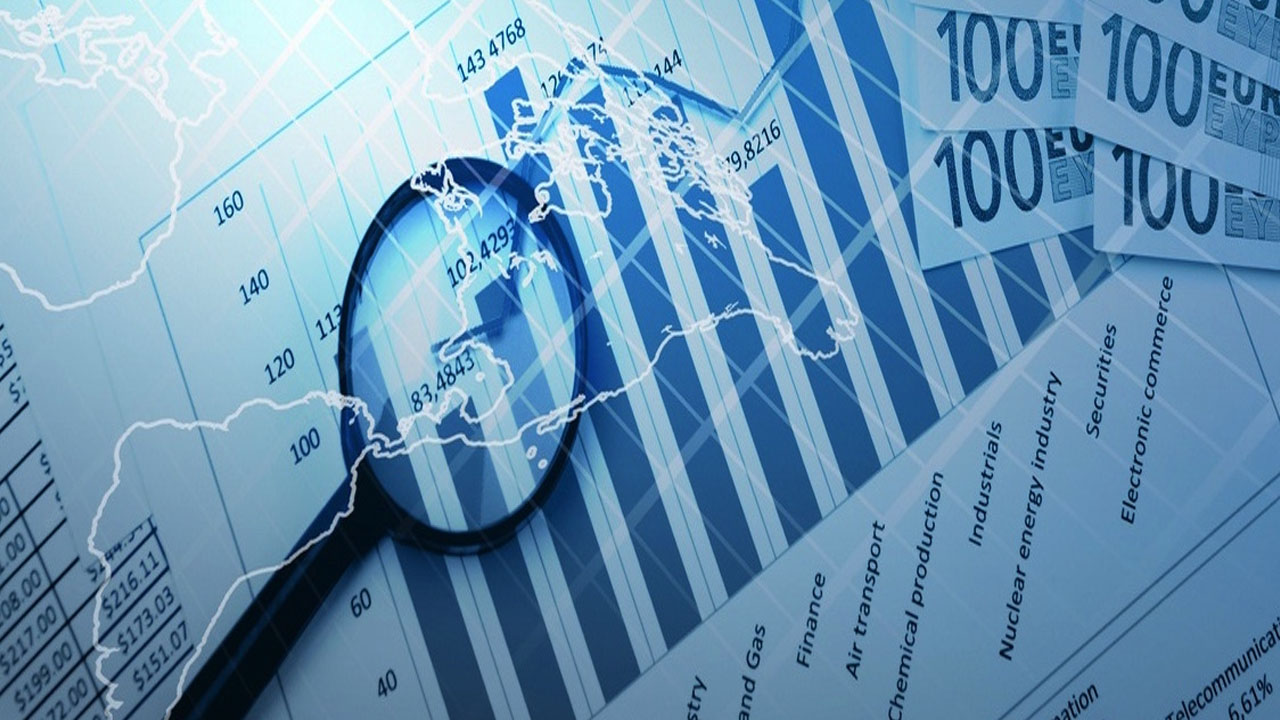 The expected outputs and impacts are conceived in such a manner that they meet the needs of the present, and are sustainably serve as reference for future work in modeling of the Nigerian economy. Consequently, outputs from the project will be a mix of analytical papers that assess and make projections of trends in the macro economy and consultative meetings that bring together relevant stakeholders and end users of the products from the classroom work. Some of the expected outputs from the project include:

Research Papers: in line with the mission and culture of the Institute, research paper that consist outcomes of literature surveys, qualitative assessments and quantitative analyses of trends in the economy shall be produced. Most of such research papers shall be published as AIAE working papers. In many cases, they shall depict efforts to timely transmit information emanating from the different segments of the project to the general public even before final works have been concluded. This ensures that some findings are communicated to those that need them before they get overtaken by events while the larger work is still being undertaken;
Journal Articles: As an academic institution, findings from different segments of the project shall ultimately be sieved and compiled into publishable formats in reputable journals. The preparation of such journal articles shall take different approaches and be based on the different findings of the project. But on the whole, the target audience of such journal articles shall be professionals in the field of economic and related sciences. 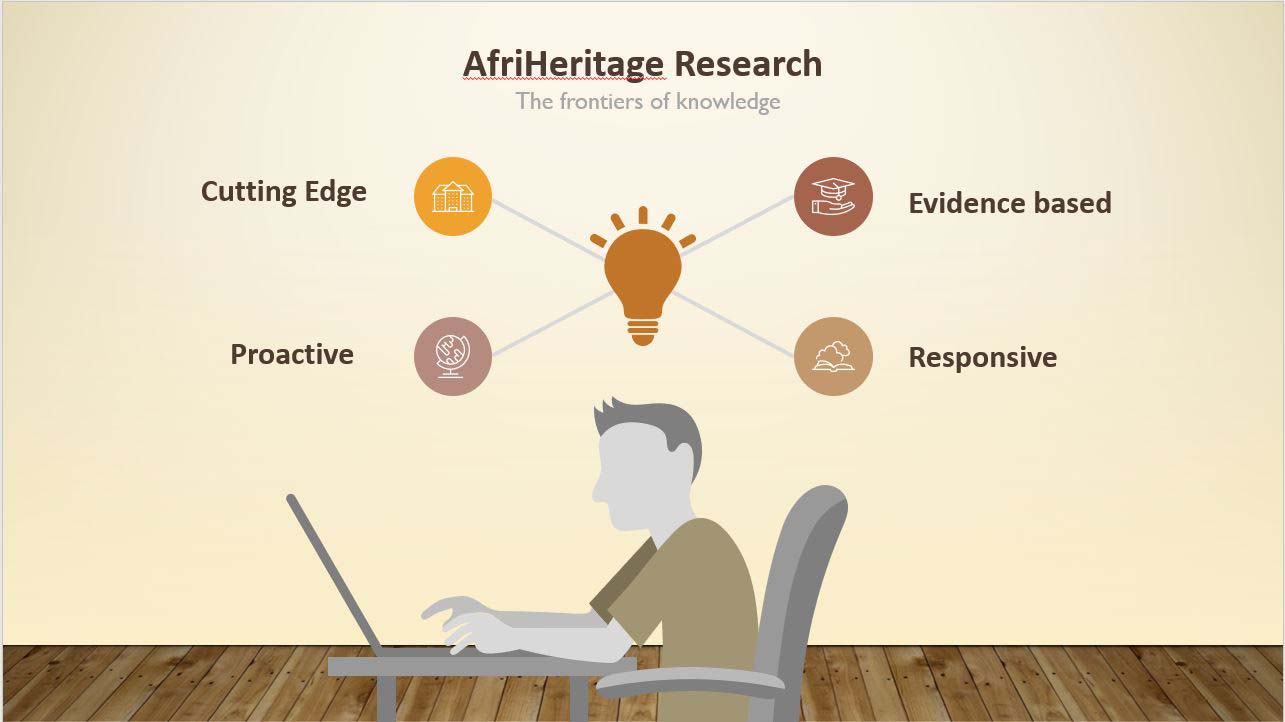 Quarterly Economic Forecasts: This is the principal output of the macroeconomic modelling project. The Quarterly Economic Forecast Journal is expected to be a prime publication of the African Institute for Applied Economics and is to be issued quarterly. It shall summarize the major developments in the economy and have a section that shall outline the forecasts for the next quarter and beyond based on estimates from the model. It is expected that such quarterly publication shall be the major outlet through which AIAE fulfils one of its key objectives of providing intellectual support to the emerging Nigerian economy, driven by the private sector. It will be a reference point for public policy as well as private decision-making and shall serve as the principal means of disseminating the Institute’s intellectual concerns to the general public. As such, the publication shall aim to be as comprehensive, but succinct as possible. Unlike the journal articles therefore, it shall aim at the non-economics public. The language and packaging shall appropriately reflect this focus.
Book Publication: In addition to the research papers, AIAE intends to regularize model-building in Nigeria. This implies designing a systematic process of communicating, not just peculiarities and challenges, but also prospects and opportunities of modelling in Africa as well as assembling experiences of different researchers both within and outside Nigeria on modelling. This, in our view, can best be achieved through book project(s) that target a larger audience of students, the academia, policymakers and the private sector. Such book projects generally have larger reach within the local communities than journal articles. As such, the Institute will undertake at least one major book project that will be the outcome of the efforts under this project.
Training and Capacity Building: capacity building will be a major component of the AIAE modelling project. There will be two major segments of training delivered under the project. The first will consist of students with the prospects and interests to pursue a career in modelling or are involved in projects that involve analytical models. The second set will consist of policymakers and private sector decision agents that intend to improve their skills on interpreting and/or using set models to forecast important aggregates. The delivery mode will usually be diverse; the aim however, remains to multiply the skills and equip different segments of the society to not only appreciate but also adopt the culture of evidence-based analysis and decision making that modelling naturally involves.
Policy Dialogue and Stakeholder Consultation: As earlier noted, one of the major challenges facing models in Nigeria is the lack of update mechanism. Such lack arises mainly because the demand for the models ends with the first client that requests for it. As such, one means that will be adopted to make AIAE model sustainable is to regularly involve end users in the process. This will be achieved through encompassing advocacy meetings. Such meetings shall regularly be structured as national modeling workshops in which other modelling institutions can be invited to present findings from their models for brainstorming purposes. But in addition, targeted meetings with specific policy institutions like the National Planning Commission, Central Bank of Nigeria, the Nigerian National Petroleum Corporation, the Debt Management Office and Bureau of Public Enterprises as well as selected private sector organizations shall be instituted to more appropriately communicate implications of model outputs and policy choices they present.
Networking: Under the AIAE modelling Project, networking shall not only be seen as a means to an end, but also an end in itself. This is primarily because one major reason why model-building efforts of many institutions in the past failed is the lack of appreciation of what is going on elsewhere. Consequently, many models in Nigeria lack synergies with either past efforts or other ongoing ones. While diversity remains a desirable characteristic of models within any nation, it is important not to duplicate efforts in one area. But more so, it is important that outcomes from different efforts benefit from criticisms and inputs from others and that a culture of healthy competition is developed among model builders in the country to ensure continuous improvement in the quality of the end product. This generally augurs well for intellectual and economic growth. In addition, the world has shrunk in space owing to technology and it is easier to compare works and experiences across long distances in short periods. With global economies being interlinked, it becomes important that a modeling programme in Nigeria should equally benefit from experiences from other parts of the world. As such, collaboration and networking under the AIAE modeling project shall not be limited to only institutions in Nigeria but shall be extended to global institutions involved in model building and use.

There are many variations of passages of Lorem Ipsum available, but the majority have suffered alteration in some form, by injected humour, or randomised words which don't look even slightly believable.